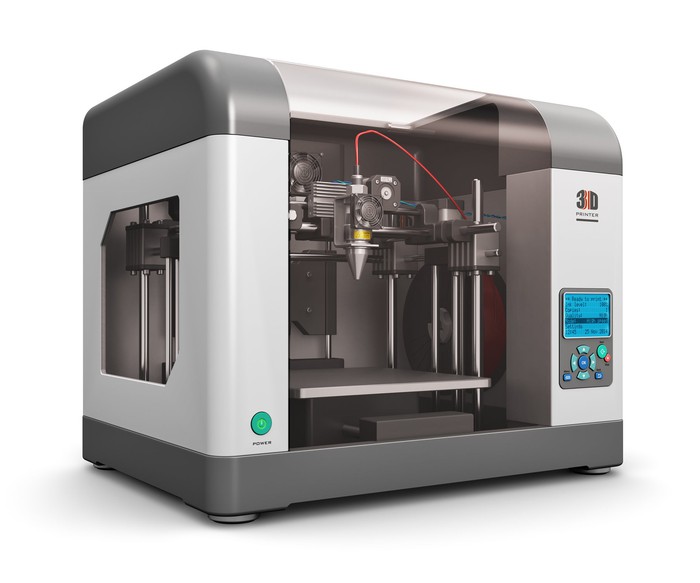 What happened Shares of 3D prototyping company Proto Labs (NYSE: PRLB) joined a broad rally among 3D printing stocks of all stripes Thursday, rushing ahead to close the day up 13%.

So what In the absence of any other news, Proto Labs’ share price strength appears to trace back directly to preliminary fourth-quarter earnings results published by 3D printer maker 3D Systems (NYSE: DDD) this morning. In that announcement, 3D Systems noted that sales for the fiscal fourth quarter seem likely to land at least 21% higher than analysts had forecast. What’s more, the company says it might finally break a string of quarterly financial losses that has stretched back, uninterrupted, for four straight years. A 3D printer. Image source: Getty Images. Now what So an announcement like that might make investors in other 3D printing stocks feel just a bit more optimistic about their own chances. And even if 3D Systems’ good news doesn’t spread to other stocks in the sector, here’s another reason for optimism: Unlike 3D Systems, Proto Labs itself has been profitable for every year of its existence as a publicly traded company. And that’s an even better reason to like the stock than anything […]