U.S Navy and Army bring 3D printing technology on board to speed up operations. Over a 28 month period, the Navy’s USS George HW Bush (CVN 77) aircraft carrier will be upgraded with conventional and 3D printed parts. Jeff Burchett, project superintendent of USS George HW Bush, said, “There are a lot of first-time jobs all around, given this is the first time Bush has sat on keel blocks since being built. With the size of this work package, it will take a total team effort by NNSY.” The scheduled overhauling of the $6.2 billion aircraft carrier will take place at the Norfolk Naval Shipyard (NNSY). In addition to this, the U.S. Marines and the Army are integrating 3D printing on a wider scale for various applications. A helicopter landing on the USS George HW Bush (CVN 77) aircraft carrier in the Atlantic Ocean. Photo via Micah P. Blechner/U.S. […] 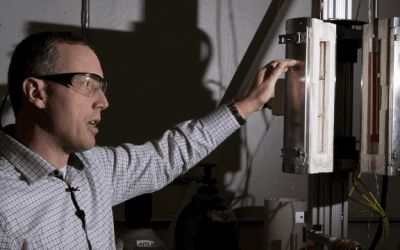 U.S. Army scientists may be on the brink of a pioneering additive-manufacturing technology to help soldiers quickly... 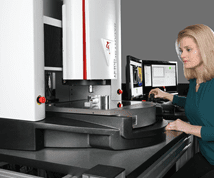 “Anything that goes ‘boom,’” says Alan Soucy when asked to describe his company’s work.  . With customers including... 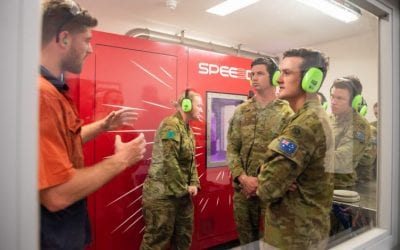 The Australian Army has kicked off a 12-month pilot trial of the new technology in partnership with SPEE3D and Charles...