Researchers from the Delft University of Technology (TU Delft) in the Netherlands have developed a method to concurrently optimize 3D printed structures and the fabrication sequence that creates them, specifically in the wire arc additive manufacturing process (WAAM).

The method comprises a topology optimization formulation capable of simultaneously enhancing the density field for defining the structural layout, and a time field which determines the fabrication process order. To explain the method, the researchers use the example of a robot constructing a bridge in a futuristic scenario, where bridge must maintain mechanical strength as it is being built in order to support the weight of the robot.

The research was recently awarded the ISSMO/Springer prize from the International Society of Structural and Multidisciplinary Optimization (ISSMO).

Considering the reality of bridge construction in the future

In the futuristic scenario, heavy robots move along a structure, in this case, a bridge, as it is being constructed. In standard examples of structural design, the most significant factor concerns the final performance of the structure once it is complete. However, when considering the futuristic scenario, the researchers explain that it is not only the final bridge design that is required to be mechanically strong. It also needs to support the weight of the robot during the incremental fabrication stages of the WAAM process, as well as the self-weight of the growing structure. 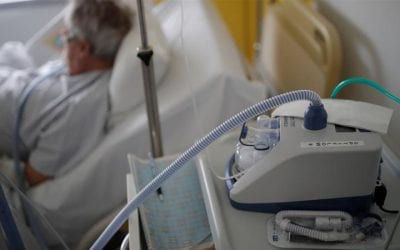 One of the biggest challenges faced by health workers around the world amid the coronavirus pandemic is trying to save... 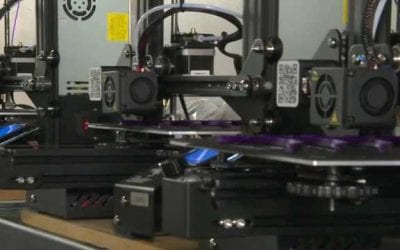 There's an urgent need for personal protective equipment, or PPE, to help shield doctors and nurses caring for...

A grassroots effort, bubbling right here in Oregon, is helping solve one of the biggest problems our frontline heroes...