The U.S. is adopting a major change in the export control laws. Under the recently enacted Export Control Reform Act of 2018 (“ECRA”),[1] the Commerce Department is imposing a new category of export controls on “emerging” and “foundational” technologies. This is a significant expansion of controls under current law and will impact many U.S. and foreign companies. It will also affect national security reviews of acquisitions of U.S. companies by foreign acquirers by the Committee on Foreign Investment in the United States (“CFIUS”). “Emerging” and “foundational” technologies are newly identified categories of products and technologies that are not currently listed on the Commerce Control List (“CCL”) or the U.S. Munitions List (“USML”) but considered essential to U.S. national security.[2] The first of these, “emerging technologies,” are intended to cover technologies that may not yet have come into mainstream use but have significant long-term potential and warrant control even before […]

In the ANPR, Commerce published a list of technologies as examples of those it is considering as “emerging technologies.”  These include artificial intelligence, biotechnology, microprocessor technology, advanced computing technology, data analytics, quantum computing, additive manufacturing (such as 3D printing), robotics, brain-computer interfaces, advanced materials and advanced surveillance technologies such as faceprint and voiceprint technologies.  (A complete list of the technologies published by Commerce in the ANPR is attached below.)  Clearly, these are some of the most important groundbreaking U.S. technologies and hence the new controls will have a far-reaching impact across broad areas of the U.S. business community.

← Prev: MakerBot Moves Away From Makers with New Printer Next: 3D Printed Yachts are Right Around the Corner → 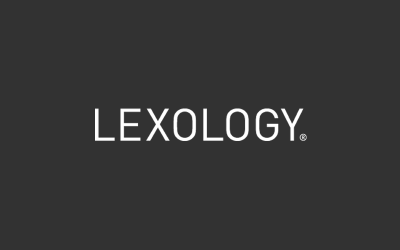 Unravelling the concept of 3D printing: knowing your rights in India

The challenge faced by IP legislation with respect to 3D printing is that the means of production in cases of 3D...