Microfilaments made using a new 3D printing method, shown in gray in this illustration, form a structure that cells, shown in color, can adhere to. The shapes formed by the filaments determine the very uniform shapes of cells. Credit: Eli Gershenfeld A new way of making scaffolding for biological cultures could make it possible to grow cells that are highly uniform in shape and size, and potentially with certain functions. The new approach uses an extremely fine-scale form of 3-D printing, using an electric field to draw fibers one-tenth the width of a human hair. The system was developed by Filippos Tourlomousis, a postdoc at MIT’s Center for Bits and Atoms, and six others at MIT and the Stevens Institute of Technology in New Jersey. The work is being reported today in the journal Microsystems and Nanoengineering . Many functions of a cell can be influenced by its microenvironment, […] 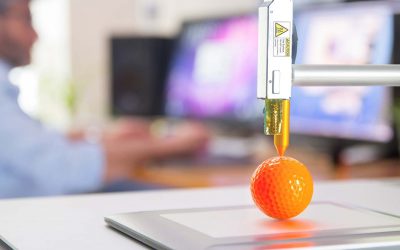