Researchers from the Massachusetts Institute of Technology (MIT) have used fine-scale 3D bioprinting to grow cells that are highly uniform in shape and size, and potentially with certain functions. Microfilaments made using a new 3D printing method, shown in gray in this illustration, form a structure that cells, shown in color, can adhere to. The shapes formed by the filaments determine the very uniform shapes of cells. Illustration: Eli Gershenfeld The system is developed by Filippos Tourlomousis, a postdoc at MIT’s Center for Bits and Atoms, and six others at MIT and the Stevens Institute of Technology in New Jersey. While ordinary 3D printing produces filaments as fine as 150 microns (millionths of a meter), Tourlomousis says, it’s possible to get fibers down to widths of 10 microns by adding a strong electric field between the nozzle extruding the fiber and the stage on which the structure is being […]

← Prev: Formnext 2019 attracts 518 exhibitors to date, more expected Next: 3D Printer Near Me – The Easiest Way to Find Them →

Tissue engineering or regeneration is the process of improving upon or replacing biological tissues by combining cells... 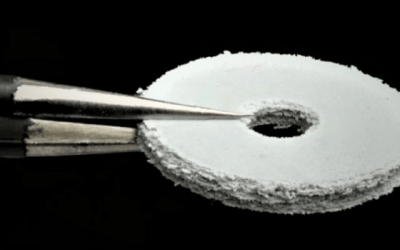 A multi-layer, single material print sample from a new technique invented by researchers at Columbia University that... 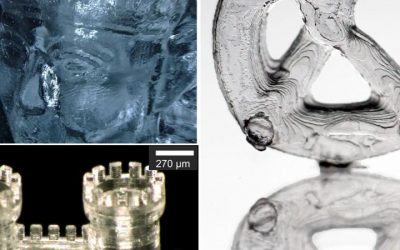 All the new stuff that’s fit to print (in 3D)

From glass to bacteria, you can print almost anything these days, as researchers backed by the EU-funded ATTRACT...