Fripp Design Limited has announced it is looking to sell its 3D printing silicone intellectual property with the owner wanting to pursue other ambitions. The patented technology was developed with the assistance of Wellcome Foundation and the University of Sheffield and facilitates the 3D printing of off-the-shelf two-part curing silicones.

Fripp has spent years developing the technology with the support of two private investors and an Innovate UK grant awarded in October 2017. It originally operated as a product design company, but upon receiving the Innovate UK grant decided instead to focus its resources on developing and commercialising its silicone 3D printing technology, branded Picsima. But as of today, Fripp is preparing to step aside and allow for another company to drive the technology forward and ultimately bring it to market. “I have reached a time in my life where I have other things I want to achieve, which […]

← Prev: 4 Ways Ceramic 3D Printing Technologies Are Paving the Way for the Future Next: How to Manage the Complexity of a 3D Printing Service → 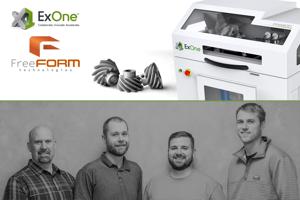