A new metallic 3D printed part alongside the aluminum part it will replace on an F-22 Raptor during depot repair at Hill Air Force Base, Utah, Jan 16, 2019. The new titanium part will not corrode and can be procured faster and at less cost than the conventionally manufactured part. (U.S. Air Force photo by R. Nial Bradshaw) HILL AIR FORCE BASE, Utah — The use of 3D printing is not new to the Air Force. The service has routinely used 3D printing for legacy aircraft requiring parts that may be out of production due to manufacturing obsolescence. However, 3D printing is becoming more common place in the Air Force’s supply chain when it comes to its fifth-generation aircraft. In December, a metallic 3D printed part was installed by 574th Aircraft Maintenance Squadron maintainers on an operational F-22 Raptor during depot maintenance at Hill Air Force Base, Utah. “One […]

Researchers from the University of Buffalo (UB) have developed a unique method for 3D printing ferroelectric... 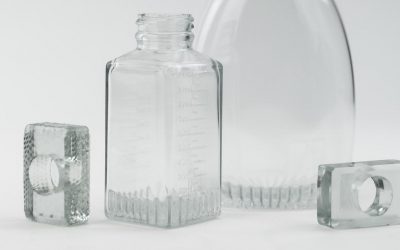 3D Printing Materials in the Clear at Carbon

3D printing Henkel and Carbon have announced a partnership agreement to collaborate for Loctite-branded formulations...

HRL Laboratories, LLC , one of the most innovative labs working on ceramics 3D printing, has developed a novel method...