Since the fire devastated Notre-Dame Cathedral and the French prime minister announced a competition to replace its spire , a flurry of designers have offered alternative proposals. Here are eight of the best. A post shared by Massimiliano e Doriana Fuksas (@fuksas_architects) on Apr 25, 2019 at 1:57am PDT Studio Fuksas Italian architects Massimiliano and Doriana Fuksas have proposed adding a contemporary roof and spire made from Baccarat crystal to the cathedral, which would be lit up at night. “A crystal spiral symbol of the fragility of history and spirituality. Light as a symbol of immateriality,” the studio told Dezeen. Mathieu Lehanneur French designer Mathieu Lehanneur proposes replacing the spire not with a replica of what was built 150 years ago, but what was there during the fire. “In a provocative way, I proposed to rebuild the spire as it was, following the most conservative people, but as it […]

← Prev: Create your next neighborhood in 3D Next: Can Notre-Dame rise from the ashes with 3D printing? → 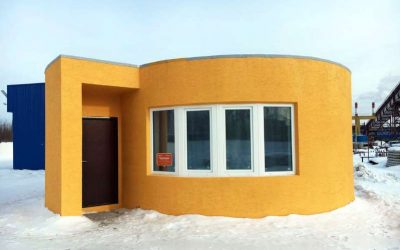 A US company can customise a 3D-print of your own futuristic cottage in just 24 hours. Oakland based Mighty Buildings... 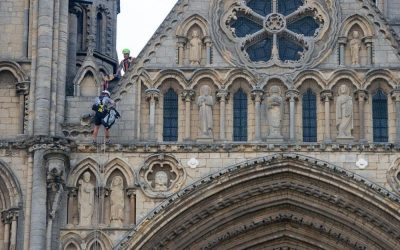 Conservationists with scanners claim that Peterborough Cathedral is now the most digitally recorded historic building... 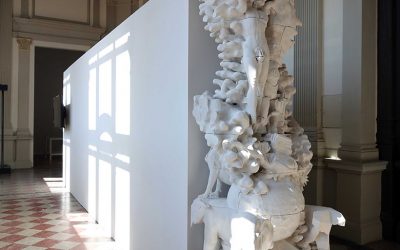 The Institute of Architecture Theory from Innsbruck university, in partnership with company Concr3ede, have introduced...