The Chicon House, printed by ICON in collaboration with housing nonprofit New Story, was unveiled this March during SXSW in Austin. (

Courtesy ICON) “What if you could download and print a house for half the cost?” reads the lede for the Vulcan II, a 3D printer with a name suited for sci-fi space exploration, on the website of Austin-based company ICON . Now the company has put this claim to the test, building what it says is the first permitted 3D-printed home in the United States, unveiled during SXSW.

Using its original Vulcan gantry-style 3D printer, the firm collaborated with global housing nonprofit New Story to build a 650-square-foot home, which features separate bedroom, living, bathroom, and kitchen areas. The home, called the Chicon House, was printed in under 24 hours and while this test cost around $10,000, the firm estimates that future single-story homes, which could be […] 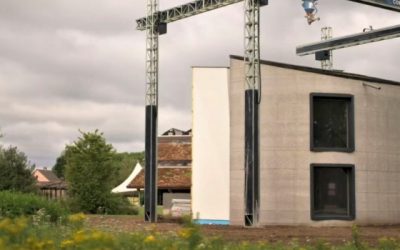 The first house in the world made by a 3D printer has been unveiled in Westerlo, Antwerp province. The house was built... 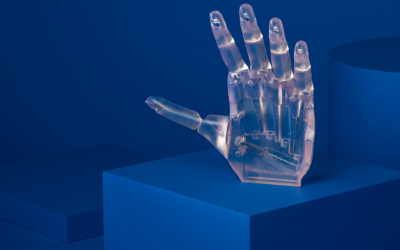 Adding visual sophistication to any design, 3D printing has become an enabler for innovative artists and designers to...