A scrappy competitor to SpaceX and Blue Origin just secured a crucial and historic launch site in Cape Canaveral, Florida

Relativity Space is a startup focused on 3D-printed rockets that was founded by former SpaceX and Blue Origin engineers The company has secured a launch site at Cape Canaveral Air Force Station in Florida. Called Launch Complex 16, it’s a historic location where missiles and Space Race hardware were once tested. The US Air Force awarded Relativity Space a contract for the site, saying they “were impressed” by the company’s team and technologies. Relativity Space seeks to prove that its first rocket, Terran 1, and overall approach is viable in an increasingly competitive market for launches. Relativity Space , an aerospace startup based in Los Angeles, has secured a historic home in Florida from which to launch its 3D-printed rockets. The site is right in the backyard of its biggest competitors. The company was founded in 2015 by Jordan Noone and Tim Ellis, two young defectors from more-established SpaceX […] 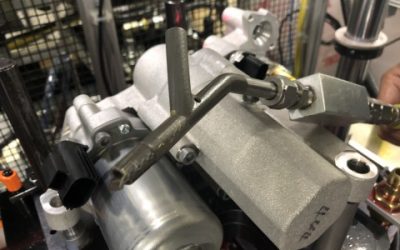