3 pictures Frank Piesik’s ElektroCaster has been entered in the 2018 Hackaday Prize Instrument modder Frank Piesik has combined 3D printing, electronic hackery and touch sensing to create the ElektroCaster that bridges the gap between traditional guitars like a Telecaster and full-on electronic sound makers like the (no longer in production) Kitara . Piesik has previously engaged in a number of guitar hacks to enhance standard electrics with not-so-standard robotic elements, control interfaces and audio effects, but the host instrument wasn’t completely sacrificed. The main driving force for building an ElektroCaster from scratch was to light up the fingerboard. We’ve seen many attempts to teach guitar using LEDs over the years, but few have actually made it to production . Of course there are luthiers and makers who will replace inlays with LEDs, but whole neck light shows are still pretty rare. As Piesik admits he’s no carpenter, he […] 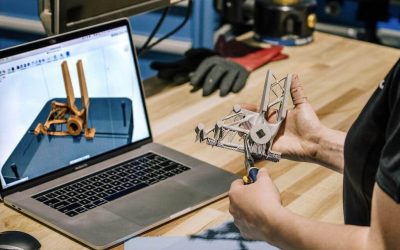 How 3D Printing Is Changing The Music Industry

The manufacturing sector is like a well of abyss depth. The more humans dig into it, the deeper it seems. Look around... 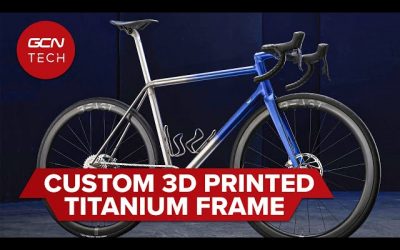 Is This 3D Printed Titanium Bike The Most Beautiful Bike In The World?

Share: 3D printing has been around for a number of years now, but 3D printed bike frames have always been a bit hit...