Boston-based startup Desktop Metal is bent on disrupting the metal 3D printing industry and manufacturing at large. As one of the industry’s highest valued ($1B+) and most publicly backed startups (GE, Aramco, BMW, Google), Desktop Metal has had dramatic success in only a short few years since its formation in 2015. Even more impressive, these achievements are buoyed by the announcement of only two 3D printers: Desktop Metal’s smaller Studio System and the industrial-sized Desktop Metal Production System. Without the decades of product stability or sizable market shares that many of its competitors claim, Desktop Metal has earned investor confidence based largely on two factors: an all-star crew of 3D printing scientists and the superlative new technologies they’ve announced. Their roster includes Ely Sachs, who invented the paradigm-shifting “binder jetting” process in 1988, Paul Hoisington, who invented the similarly transformative “single-pass inkjet” technique for the 2D printing industry, and […] 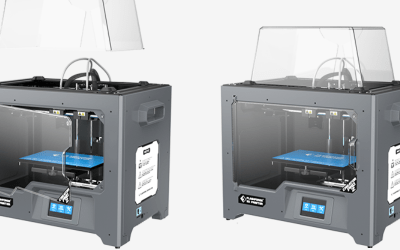